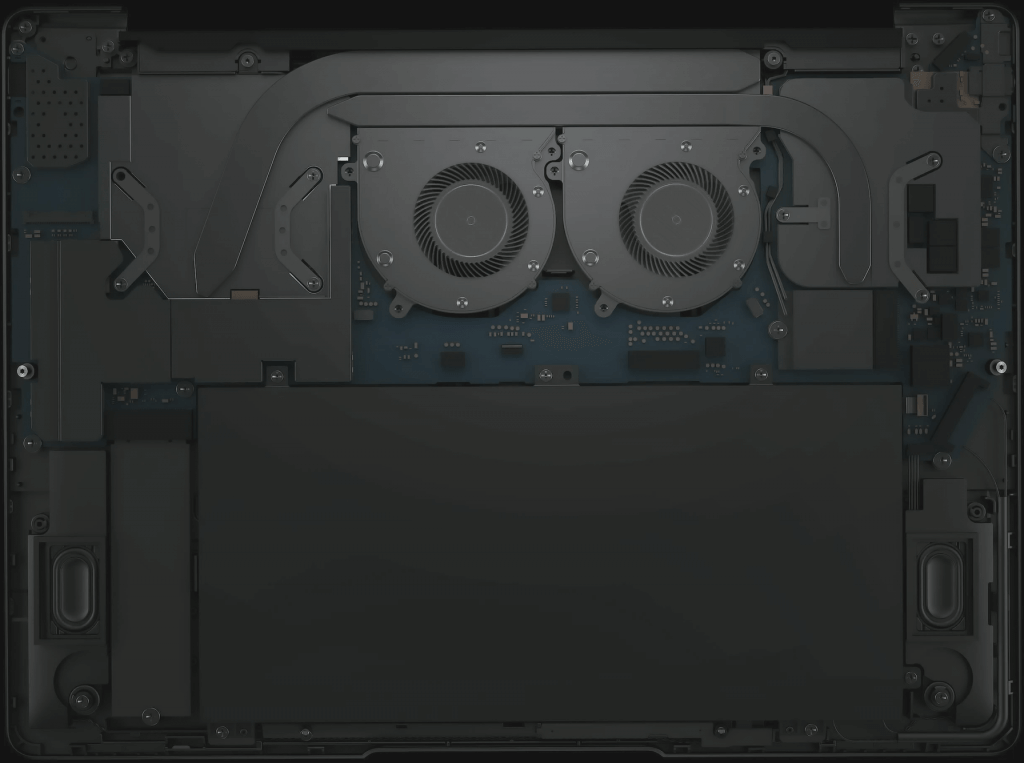 With a 4.6GHz i7-8565U and a full 25W GeForce MX150, Huawei’s upcoming MateBook 13 is looking to become the most power-dense ultrabook. But apparently, it only has 8GB of RAM? Let’s investigate.

Huawei’s Weibo account told me that the MateBook 13, coming (at least to China) in December, has the model number Wright-W19 for the i5 version and Wright-W29 for the i7. Interestingly, they’re telling me the full internal codename instead of the actual model number, which made me realize that Huawei names MateBook models after famous scientists and engineers. 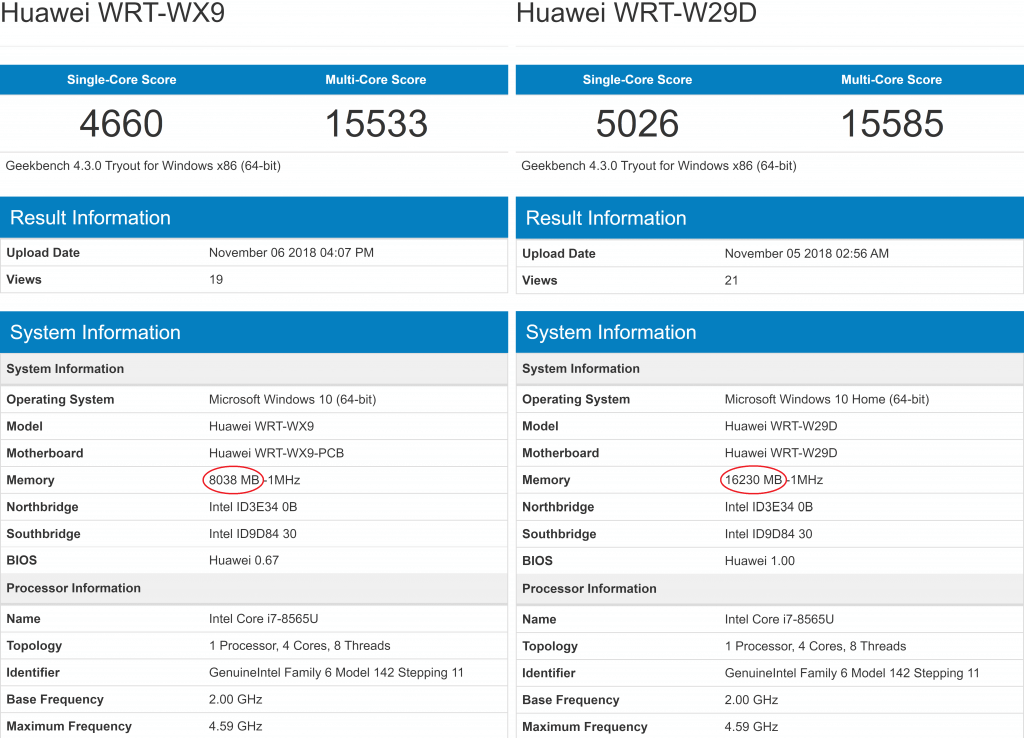 Benchmarks from both a “WRT-WX9” with 8GB RAM and a “WRT-W29D” with 16GB RAM have appeared on Geekbench’s database. The latter was probably an internal test unit, assuming Huawei is keeping the tradition of shipping MateBooks with only unified model numbers in firmware. (For example, my i7 MateBook X Pro says MACH-W29 on the bottom lid but MACH-WX9 in the OS.) If it is a test unit, it must be a recent one, since it was uploaded just one day before the MateBook 13’s announcement.

Previously, ITHome guessed that the MateBook 13 is the “KLV-WX9” (with 16GB RAM) found on Geekbench. Huawei’s response has now rejected that theory. This means KLV-WX9 should be yet another upcoming MateBook, such as an updated MateBook X Pro.

Now, enough with model etymology. The real question is,

Will MateBook 13 have a 16GB RAM option?

So far, Huawei has only indicated 8GB on their website. Their official Weibo account stated on Nov. 22 “no 16GB spec for now”, but their wording leaves the possibility open.

This report from the China Quality Certification Centre shows both WRT-W19 and WRT-W29 getting energy-certified. Notice each version gets A/B/C/D suffixes. Let’s seek out the suffix pattern from MateBook X Pro configurations sold on various retailers:

Since MACH-W29D (specs unknown) was certified but never released, the 16GB WRT-W29D we saw on Geekbench may well suffer the same fate.

From the revamped, VRM-covering cooling system to the increased battery voltage for higher power draw, the MateBook 13 has been engineered with performance in mind, but Huawei seems to be deliberately neutering its potential, almost like dissuading buyers against it… perhaps to make way for a more flagship line like a refreshed MateBook X Pro.

Do you know which scientists the other model codes stand for? Leave your guess here.

can’t wait to have a newer version of the x pro, hope it’s KLV-WX9

I just can’t belive I bought this like a month or so ago an in a couple months a new possibly much better one is coming. I mean I love my MBXP, but COME ON just look at those Fans bro, it’s sick…

GG this was accurate (from CES)

KLV stand for Kelvin, according to the FCC pictures